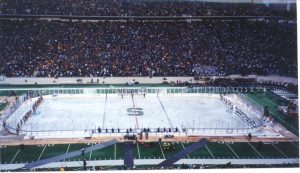 Hockey, like many sports, is filled with its thriller matches. There are many that happened in the Olympics and a lot of rivalries that were settled over one point or one goal scored. The NHL certainly has a lot to offer and even women’s hockey has had its fair share of fun.

We don’t see so many thriller games as we used to today. However, if you believe it so you can still place a bet on some with a 22Bet bonus. The die-hard fans know where to look and where to expect a legendary match.

But which are truly the best hockey matches so far. Let’s count out some of the best

Every true Canadian hockey fan would tell you that this is the best game in their history. It is a part of Canadian pride equal to the maple leaf on their flag. The Canadian team went on a string of bad luck in the early stages of the Summit League and was rather humiliated.

The series was tied and it seemed that the hopes and dreams of Canadians were dwindling with the Soviets leading 5-3 at the start of the last period of the game. But what happened next shows us that dreams can come true.

The “Miracle on Ice” is the term used for the game that happened in the medal round of the 1980 Olympic Tournament in Lake Placid between the Soviet Union and the United States. The game between the bitter Cold War rivals was more than just a match to qualify for the gold medal game. 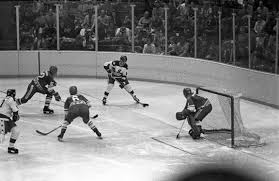 The Soviet Union was a heavy favorite not only because of winning four gold medals in a row in previous tournaments but because their team was comprised of experienced and professional players who have played for the national side for years. On the opposite end was the US side consisting of amateur players. But now we know where the term American Dream comes from as the US team played their hearts out and won the match by 4-3.

Coach Herb Brooks got a chance to lead another generation of US hockey players to Olympic gold for the first time after the aforementioned “Miracle on Ice.” However, the result was much different this time as the Canadian team finally brought home the gold after 50 years of waiting.

It was a match fought by bitter NHL professionals on both sides but the Canadians finally ran away with it with a victory of 5-2, at the same time ending a 70-year long unbeaten stint that the Americans had had on home soil at the Olympics. It also marked the start of a new rivalry between the North American neighbors in hockey. 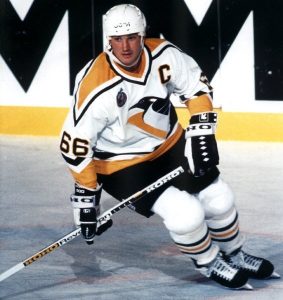 Another game that encompasses everything that Canadian pride is made of. This was the only time the two Canadian legends, Wayne Gretzky and Mario Lemieux, played together and boy did they play.

However, things didn’t start well for Canada as they had an absolutely disastrous first period, forcing them to climb back in the later parts of the game. The score was tied at 5-5 with 90 seconds to go when the Soviet defense left Gretzky and Lemieux wide open for a 2-on-1 break. Lemieux buried the winner courtesy of a Gretzky assist to send entire Canada jumping off their chairs.

This is probably the most famous goal scored in Canadian history orchestrated to perfection by probably two of the best players the sport has ever seen.